July 13, 2020
The delicately weathered hand of a chimpanzee reaches beyond the metal wires of a cage. A human hand brushes the tips of the chimp’s fingers briefly, before pulling back, disappearing. The chimp’s hand stretches further, but is met with nothing.

The closing scene of the Netflix documentary: Tiger King, completely caught me off guard.

I burst into tears. I have never been so moved by a scene in a documentary.

I watched the last few minutes of the last episode of this true crime mini-series over and over; my emotional reaction intensified with each viewing. 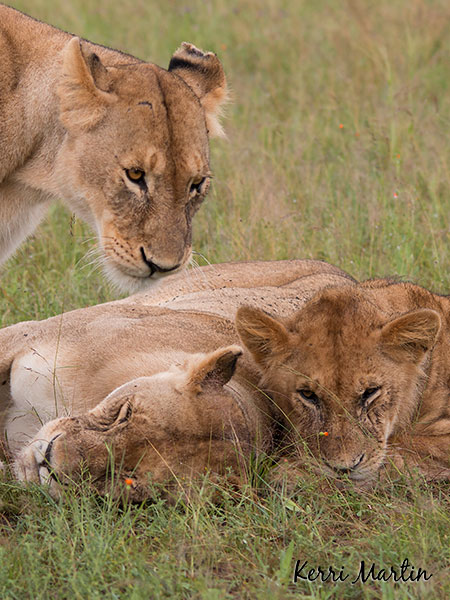 The reaching hand of a chimpanzee made contact with a part of my emotional being – typically kept safely walled-away – containing overwhelming sadness for all the cruelty animals have endured at the hands of humans.

Intermixed with this overwhelming sadness was the same degree of appreciation – in this human/chimp exchange, I had just witnessed the magical grace of animals.

I had to suppress an underlying sense of shame when I started watching the documentary back in May, 2020, but the larger-than-life drama of the people in the big cat industry was simply too much to resist.

It was during the early days of Covid isolation. I had heard of the Netflix documentary, but for some reason, I felt like watching what I had heard to be a sensationalized circus-show featuring the worst of humanity was the same as supporting animal cruelty. So I avoided it, for a time.

About 8 weeks in to quarantine, however, my moral gauge regarding the type of shows I considered binge-worthy loosened.

The Netflix preview displaying a colourfully-dressed, mulleted, tattooed man embracing a beautiful tiger appeared on my screen – I clicked play…

I was instantaneously drawn in to the ‘train-wreck,’ a term that does not even come close to describing the absurd entourage of story-lines and characters surrounding the Tiger King, aka Joe Exotic.

Interlaced among the two lead-characters are a handful of key players in the captive cat industry – each with their own special blend of maniacal-ness – and a number of supporting characters, consisting of those who either worked for or were in relationships with the ‘main’ characters.

Needless to say, I was not expecting to be moved. Entertained? Sure, but not moved to tears, not from a Netflix documentary.

Yet one of these chimps reaches out, seemingly yearning for more contact, more connection – such a tender expression of compassionate vulnerability.

The scene jolted my psyche – how could this chimp be seeking contact with a member of the human species after being locked in a cage for 10 years? How does she not know that we humans are the cause of all her suffering?

What a remarkably beautiful illustration of the grace of animals. 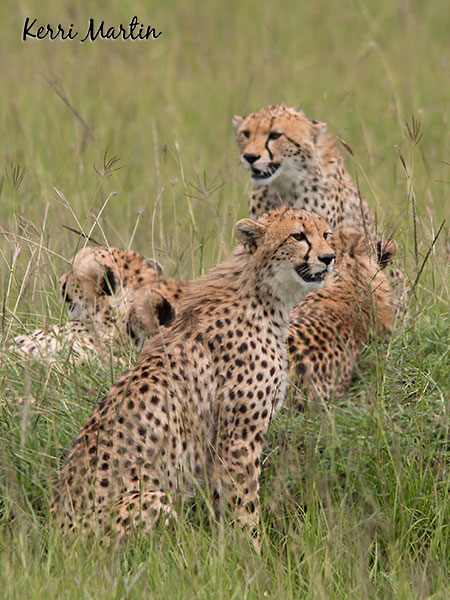 Not only do they accept their circumstances without malice or blame, many appear to have deep connections with their human captors, as evidenced in the hundreds of still images and video clips of wild animals being affectionate with humans.

Yet all of the animals are living in unnatural, fabricated environments created by humans. They have all been ripped away from their homes, and many suffer even further as a result of poor living conditions.

The suffering of the animals in Joe’s zoo is apparent in the numerous clips of large cats panting and pacing, contained in cramped quarters, enduring terrifyingly stressful circumstances.

How do these tigers NOT try to rip humans limb from limb every chance they get?

Yes, one of Joe’s zoo workers lost a limb to a tiger – but it was not an act of revenge. It couldn’t have been – animals are incapable of this toxic driving force behind many of our actions.

In my opinion, the human victim, Saff, embodied just as much grace in how he dealt with the trauma as the animals.

In fact, I believe Saff Saffery, John Reinke and Erik Cowie to be the unsung human heros of the documentary, having obviously been deeply impacted by the animals they cared for. This, however, could be a whole other blog post.

In addition to the intense emotions elicited by the final scene, my analytical brain started churning around the story-telling techniques of the documentary. I thought the series would be a simplistic drama-based narrative about ‘murder, mayhem and madness,’ as the sub-title advertises.

Simplistic, formulaic story-telling, however, does not generally make me cry.

I believe there is incredible depth to this documentary. In fact, I believe Tiger King is a brilliant example of multi-dimensional story-telling that illuminates a myriad of complex social issues.

I was aware of the backlash, particularly from animal rights/animal welfare organizations. The documentary was accused of missing the point, focusing on human drama and underplaying the ‘wrongness’ of the captive cat trade/private zoo industry.

Here are a few examples: 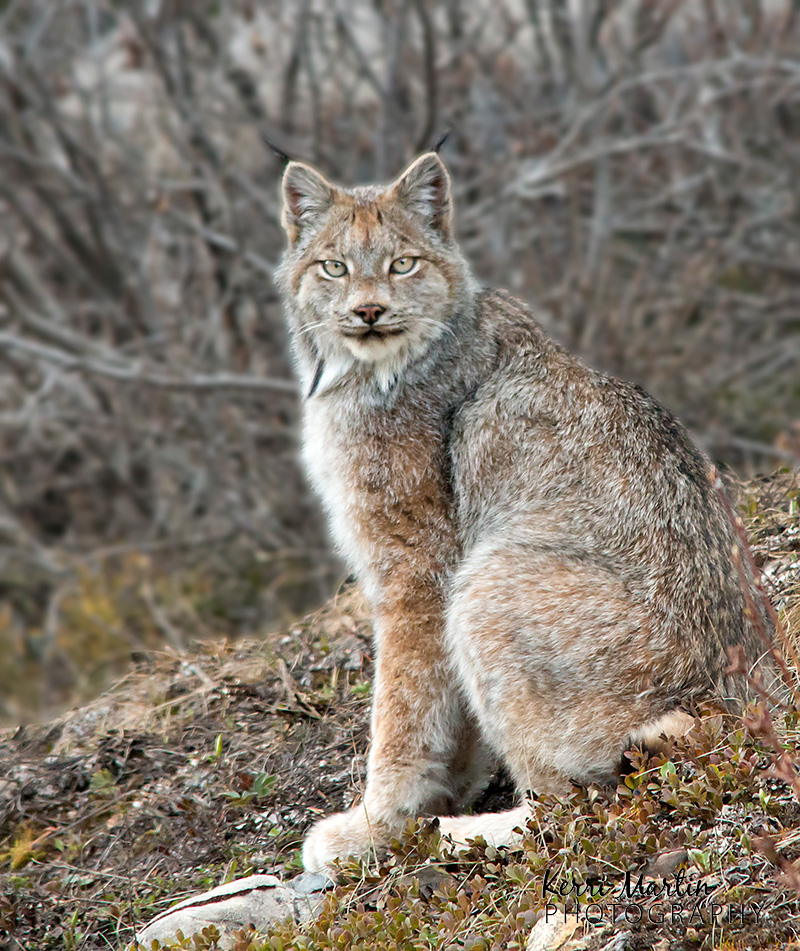 I knew of this criticism before I watched the documentary. I understood that there was an implied wrongness in making the animals the side-show. This is why I was initially too ashamed to watch the documentary.

However, I realized my shame arose from a somewhat limited view of what constitutes effective story-telling when it comes to addressing the wrongs of the world.

For animal welfare issues, documentaries tend to include graphic and horrifying imagery of suffering to get people to take action. Based on the notion that people are motivated to act by feelings of guilt and shame, this tactic has been proven to be an effective form of influential messaging.

Guilt and shame appeals have also been proven to be emotionally triggering, often causing individuals to completely disengage. It is a defence mechanism – some of us are traumatized by graphic imagery, incapable of processing what we see in a way that leads to healthy action.**

In my opinion, the Tiger King documentary illustrates a subtle, yet powerful approach to story-telling with the potential to be just as effective, if not more, than the typical, in-your-face, shame-appeals ‘cleverly’ designed to make people feel bad.

34 million people watched this documentary in the first two weeks.

A minimum of 34 million people have been presented with powerful imagery of the grace of animals.

I suspect the vast majority of viewers did not have the same intense emotional reaction as me, but no doubt, many were exposed to the reality of the captive cat industry, possibly for the first time.

I wonder how many people would have watched the documentary if it had been called: Exposing the horrors of the captive cat trade? (Or something far more clever, but focused on animal suffering rather than human drama?)

Likely included in both the first and last episodes of the series to highlight a sense of ‘poetic justice’ is a scene with Joe crying about his prison sentence from jail:

’I’m in a cage. Do you know why animals die in cages? Their soul dies.”

Joe – come on – are you f**king kidding me!? Do you really think us humans are in charge of matters of the soul? How ridiculously arrogant! 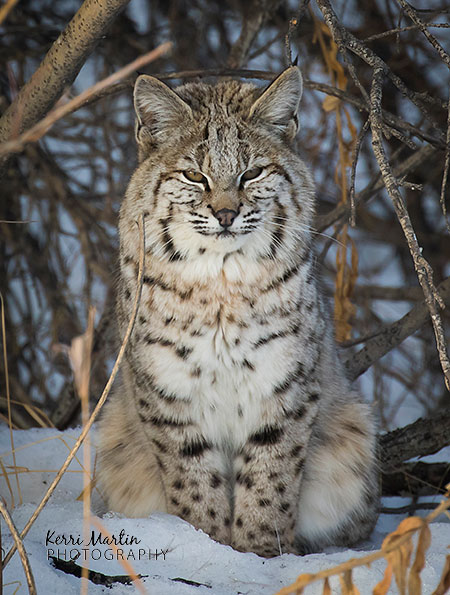 The wrongness of such a statement is evidenced in every single visual of every single animal in the documentary.

We see animals in various emotional and physical states, ranging from contentment to fear, but none of them appear to be without a soul. None of their souls have been destroyed.

Some of the human characters, however – well, that’s a different story.

While I do not believe any of them are completely devoid of spirit, many are painfully disconnected from anything other than their supremely limited, ego-centric perspectives of the world.

I so appreciate the insight I gained from this documentary.

I am not saying it is the pinnacle of ethical story-telling. Perhaps there is some sensationalism, editorializing, inaccuracies, misrepresentations – some of the criticism is likely warranted.

I am suggesting, however, there are aspects of innovative, meaningful story-telling which deserve attention and appreciation.

Until next time, continue loving life and everything wild.

**My source for this assertion is based on a research paper I did for a recent MA project titled: An evaluation of visual story-telling techniques used to spread awareness around wildlife welfare and conservation issues, with a focus on the characteristics of photography used to evoke emotion in advertising and social marketing campaigns. Feel free to contact me if you are interesting in reading this paper.