Each tentative step produced more frenzied hopping. Toadlet after toadlet scrambled over, under and through a spider web of dew-laced grass. The closer Cherie and I got to the shoreline, the more abundant the toadlets became.

Having just meet a toad couple named Nelly and Sal, (the topic of part one) we found ourselves at a picnic area located about half way between New Denver and Kaslo BC. 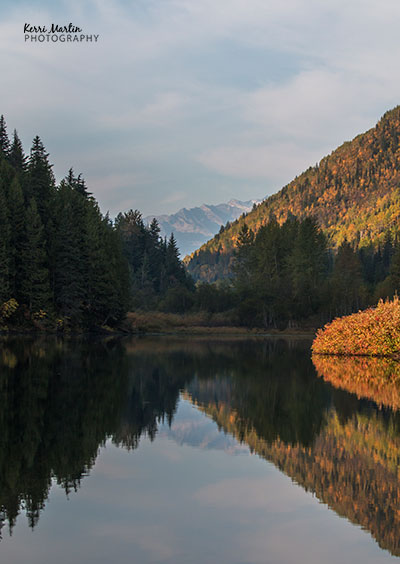 Fish Lake is a calm pool of reflective water resting within the convergence of land and water.

Still vibrating with toad energy, the shoreline summoned us. Swarms of tiny creatures were disrupted by our steps,  both startling and fascinating us. At the time, I thought they were baby frogs.

Fourteen years ago, I did not understand the nuances of the toad. I was, however, getting a sense of the transformative power of amphibian energy.

All amphibians morph from gils to lungs, from fins to limbs, from water to land. This in and of itself is remarkable, yet each type of amphibian – toad, frog, salamander – has uniquely specialized, evolutionary skills.

I would not understand the nuances of toad energy until I stood in that very spot six years later, enthralled by a writhing mountain range comprised of toadlet stacked upon toadlet…

In July of 2012, I returned to the area. Daydreams of Nelly, Sal and Fish Lake distracted me from the fact that I was on a five-day cycling trip with a man who had recently dumped me.

We had dated for two or three months when he called things off, but we decided to still go on a pre-planned trip to BC as friends. I had convinced myself I was fine with the circumstance, but I was actually feeling pretty shitty.

However, I was in magical territory. I had never forgotten about the 2006 trip, but being back in the vicinity of Nelly, Sal and the amphibious swarms intensified the memory. 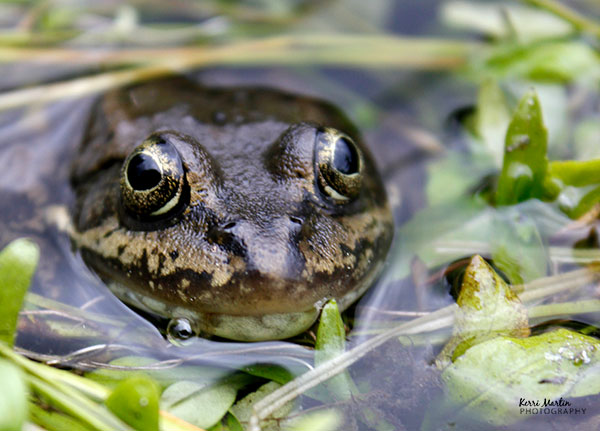 At the time, I had forgotten the exact location of Nelly and Sal’s pond. I only remembered it being a small town located somewhere along Slocan Lake.

I did not want to ask my friend to drive around each town in search of a toad couple named Nelly and Sal –  things were already awkward enough. He knew of my love of frogs, however, and happily obliged a stop at Fish Lake. It was during this visit that I discovered the lake was also brimming with frog energy.

A stroll around part of the perimeter revealed no toads, but several Columbian Spotted Frogs (CSF), which was enough to satisfy my amphibian-seeking desires for that trip.

Of the four types of frogs in Alberta, I have the most experience observing and photographing CSFs. Found in still bodies of water in alpine and subalpine regions of the Rockies, they overlap territory with Western toads.

After the 2012 trip, I did some research on BC frogs/toads/amphibians and discovered an event called Toadfest. I returned to BC during the third week of August to take part in this unique conservation initiative.

The full story of my Toadfest 2012 experience is available here, but in summary:

Western toads migrate from their birth place to mature in surrounding upland forests for four to six years. Toadfest took place at Summit Lake, located about 40 minutes north-west of Fish Lake. Both lakes share the characteristic of being on the edge of a highway, creating a deadly obstacle for migrating baby toads.

After carrying four baby toads in a bucket across the highway, I left Toadfest and returned to the shoreline of Fish Lake.

“Slowly and more carefully, I edged along to an increasing amount of frenzied hopping to find the toadlet mountain range – literally mounds of toadlets, piled on top of each other, scrambling to get to the top.” – Kerri, 2012 Toadfest Post

Witnessing baby toads form a mountain range on the shore of Fish Lake was mind-bogglingly amazing. My mind, body and soul was overcome with a sense of awe and respect for these animals.

Not only did they have a treacherous migratory journey ahead of them, they had to navigate the dangers of the lake. A Columbian Spotted Frog was waiting nearby, ready to engulf and swallow any unfortunate toad who got within tongue range. I was both horrified and fascinated to see the frog eat several of his cousins/siblings. 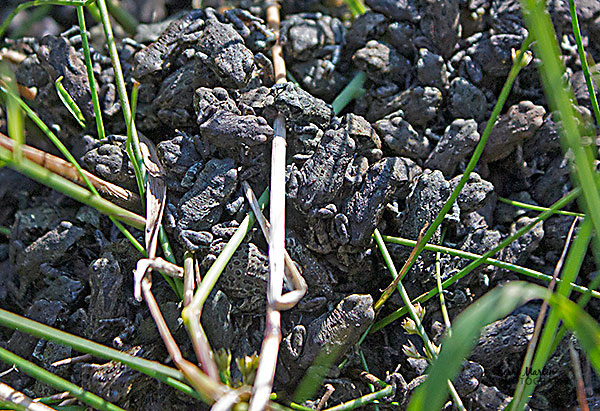 A part of me fused with the energy of the toad that day. Fish Lake, and the surrounding area, embraced me. I started to love and appreciate the absorptive/transformative power of my inner toad.

In October 2020, barely a month ago, I found myself on the shore of Fish Lake once again.

Again, I had just been dumped, or at least it felt that way. But this time, the ‘dumper’ was an institution – a community that had been an important part of my life for close to 20 years.

In July, my job position at Mount Royal University was abolished for budget reasons. While it was expected and very purposeful, processes related to abolishment made me feel like I was completely erased, no longer important to or trusted by an organization that meant so much to me.

Losing my work family was devastating, but also strangely freeing. Part of my identity fell away along with my job. My sense of ‘self’ was on the line, just as it was eight years prior when I felt rejected by a man.

And of course, in addition to all of this, there is Covid.

I was really feeling sorry for myself when I decided to visit the area surrounding Fish Lake at the beginning of October. But toad energy was calling – I had no choice but to return to the convergence of land and water.